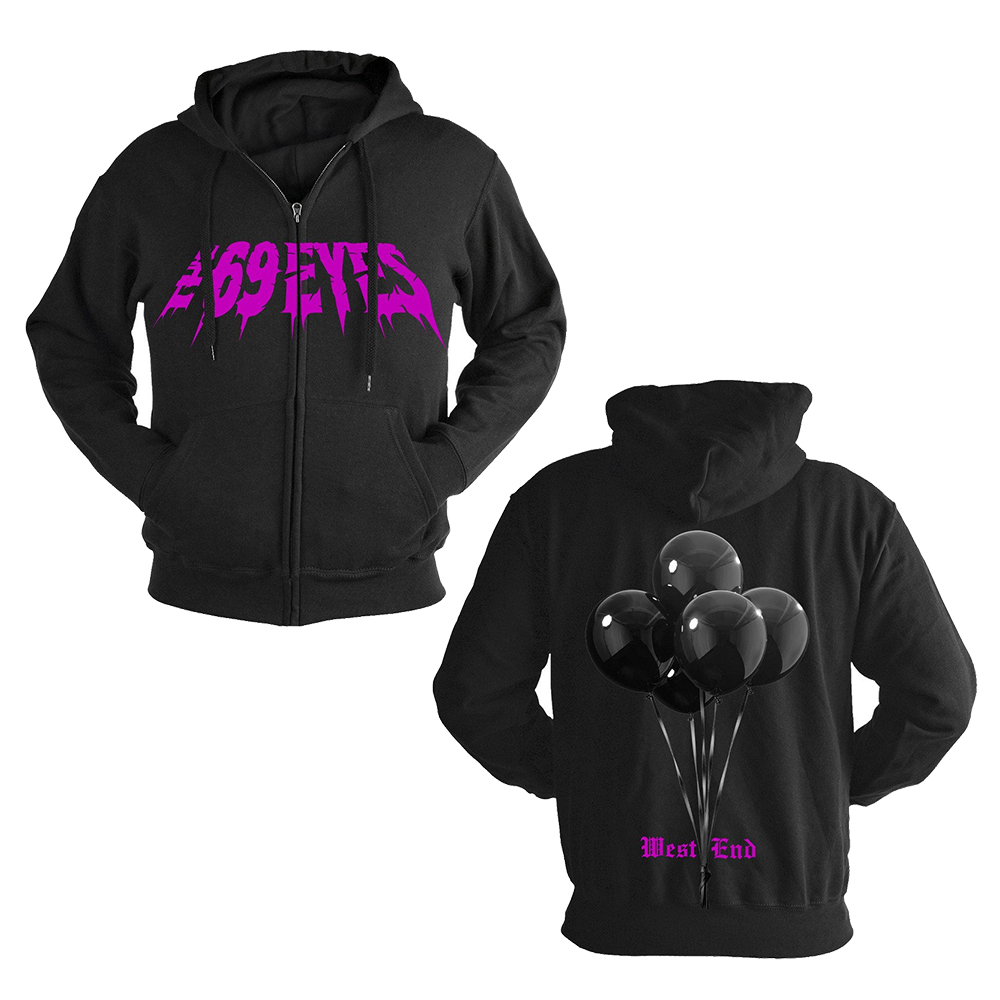 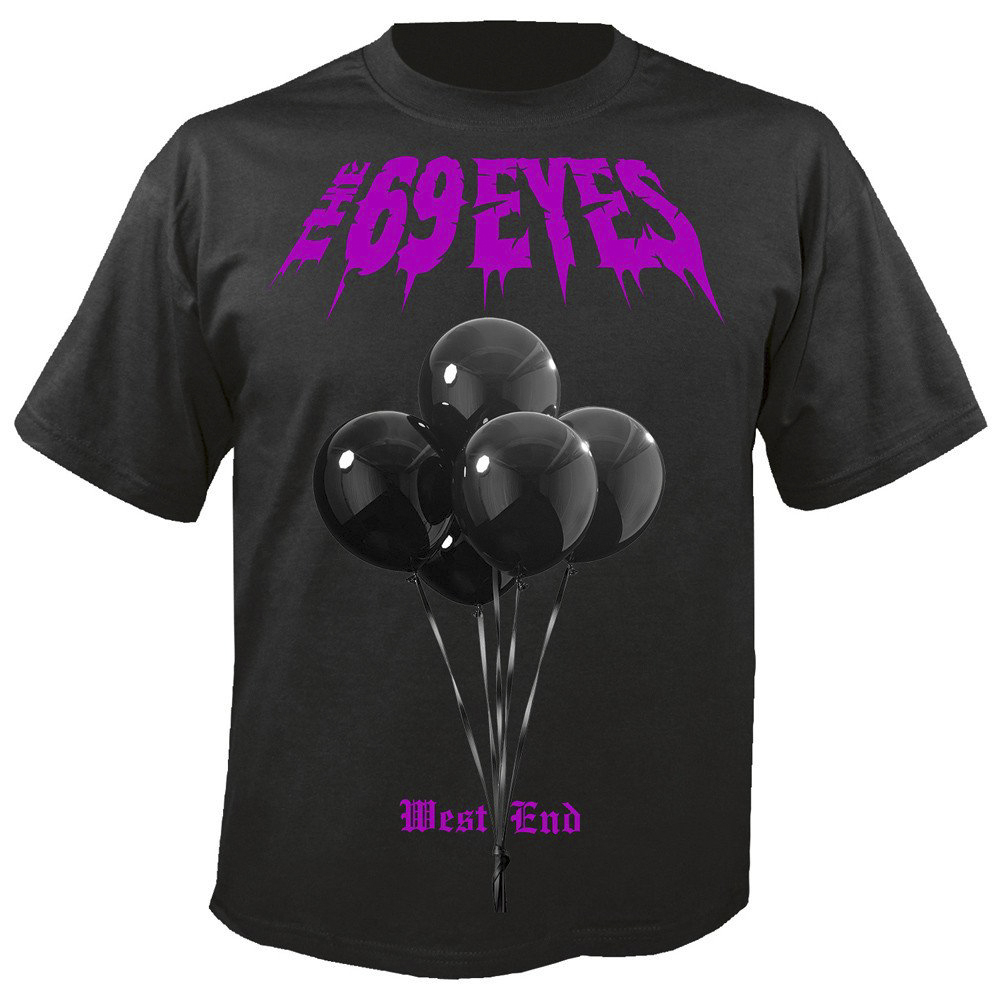 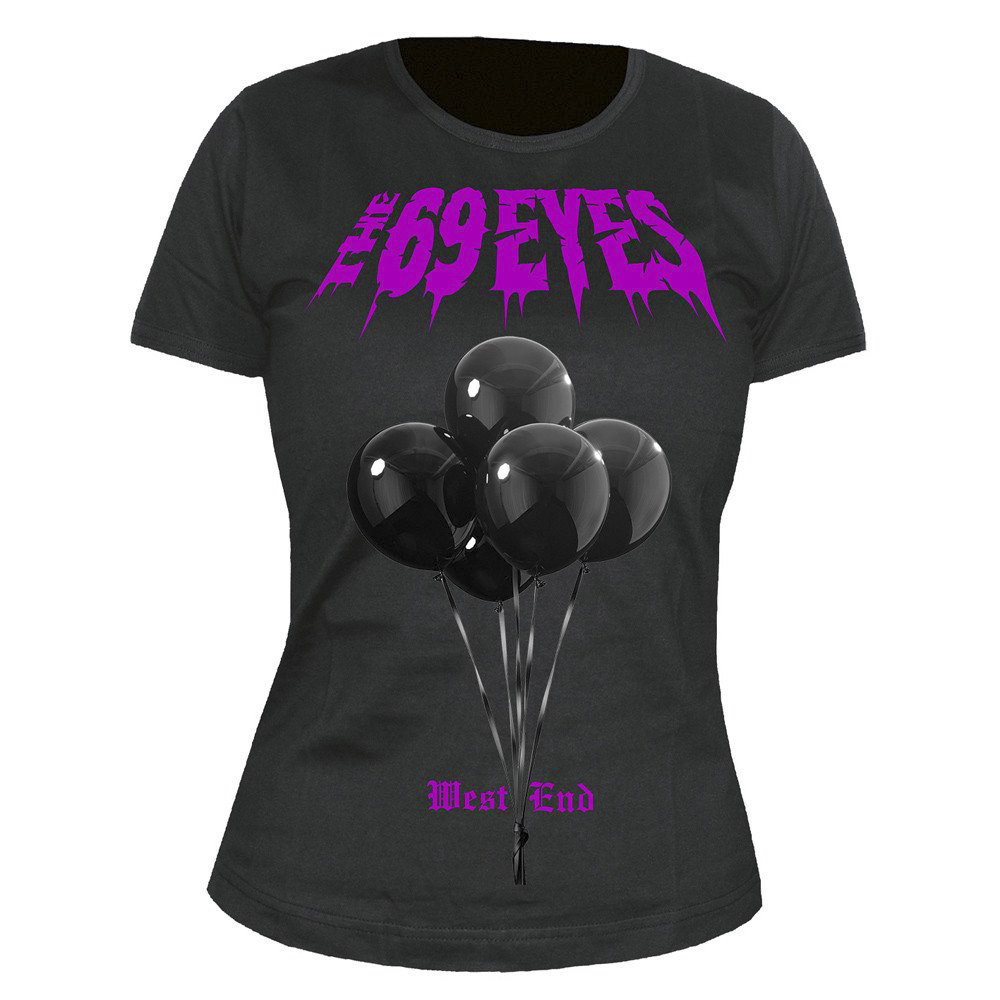 BLOOD IS THE NEW BLACK

Sharpen your fangs, The Helsinki Vampires are back. And this time, they’re ‘Back In Blood’.

The 69 Eyes return with their ninth studio album, which has been hailed a latter-day ‘Appetite For Destruction’. With blood on their hands and AC/DC on their stereo, the bloodsuckers have combined their past to focus on the future. Turning their back on the comic book glam of ‘Angels’, The Eyes have opened a heavier chapter in their musical career. For the first time this decade, honorary sixth vampire Johnny Lee Michaels has been granted temporary leave from the batcave and Matt Hyde (Slayer/Monster Magnet) has been invited over the threshold.

“He’s cleaned the table and dusted the skeletons!” singer Jyrki 69 laughs. “It’s like when Rick Rubin helped The Cult discover them on ‘Electric’ - we made a similar spiritual journey with Matt.”
Once again The 69 Eyes have their finger on the pulse of darkness with 12 goth ‘n’ roll anthems guaranteed to rock the crypt. “Unsurprisingly, the main inspiration for the album came from the vampire realm,” Jyrki explains. “We haven’t made a concept album but nearly all the songs have something to do with the undead or at least horror as a genre.” Delving into his movie collection, the singer focused on Jean Rollin’s erotic French flick ‘Lips Of Blood’, ‘The Hunger’ and the modern-day opus ‘Night Watch’. “It’s almost like vampires are taking over the world!” he muses referring to the current ‘Twilight’ mania.

The album opens with title track ‘Back In Blood’, which is a fast-paced wake-up call to the vampire king who’s been asleep for centuries and is now ready to rock. Blood is the new black and it’s never tasted this good: “2000 years – now, baby I’m back!” he sings, licking his lips. Jyrki describes the song as: “More Mötley than Mercy but with a Crüe made of Sisters.” The blood-thirsty swansong is an intimate piano and acoustic guitar-driven ballad called ‘Eternal’, performed as only a half-rotten Vampire Lestat could on a sultry southern night...

The first single will be the tongue-in-cheek ‘Dead Girls Are Easy’ – a nasty power anthem for sleazy pin-ups complete with a sing-a-long chorus aimed at those online chicks with the looks that kill! The video has been directed by MTV superstar and close friend Bam Margera, who was also responsible for the Eyes’ rock homage to ‘80s cult movie ‘The Lost Boys’.

Matt Hyde’s ultra-tight production has brought the danger back to The 69 Eyes’ sound. The producer reveals: “I’ve tried to feature the guitars, drums and vocals - the core sound of the band. I wanted them to rock and I wanted less emphasis on outside orchestration and keyboards with more real power and emotion through the performance itself.”

But it’s not just danger that Matt’s unleashed – he shares the same passion for horror and comics as Jyrki and the results of their marathon viewing sessions have seeped through onto disc. “We watched at least three movies every night while recording the vocals,” the frontman reveals. “We soon exhausted Matt’s DVD collection so we started renting everything we hadn’t seen from his local rental store. Once we’d got through everything they had there, we bought more and more and he’s now got a nice collection classic British Hammer films, cool 60s biker movies and vampire classics. Afterall, we couldn’t have made a record like this without Bela Lugosi or Christopher Lee watching over our shoulder!”

The artwork has been designed by Estevan Oriol, whose work has graced countless covers from Cypress Hill to The Transplants and Snoop Dogg. “I’ve been a fan of his iconic images for years – he’s like a present-day Andy Warhol. I’m so happy that he agreed to work with us because it’s given this record a real ‘made in LA’ stamp.”

Recording ‘Back in Blood’ in Hollywood also put The 69 Eyes in a prime location for well-known visitors. Brides Of Destruction’s London LeGrand and Care Failure from Die Mannequin are among the familiar names listed on the credits. But this isn’t just a party album; it’s a great rock record… and if you’re into vampires, you’ll enjoy it even more!

“We’ve worked so hard over the last two years since ‘Angels’ was released,” says Jyrki. “We played around 125 shows worldwide but all our sacrifices paved the way for the birth of this baby. ‘Back In Blood’ is a culmination of 20 years worth of hard work.”

If you want blood, you’ve got it!