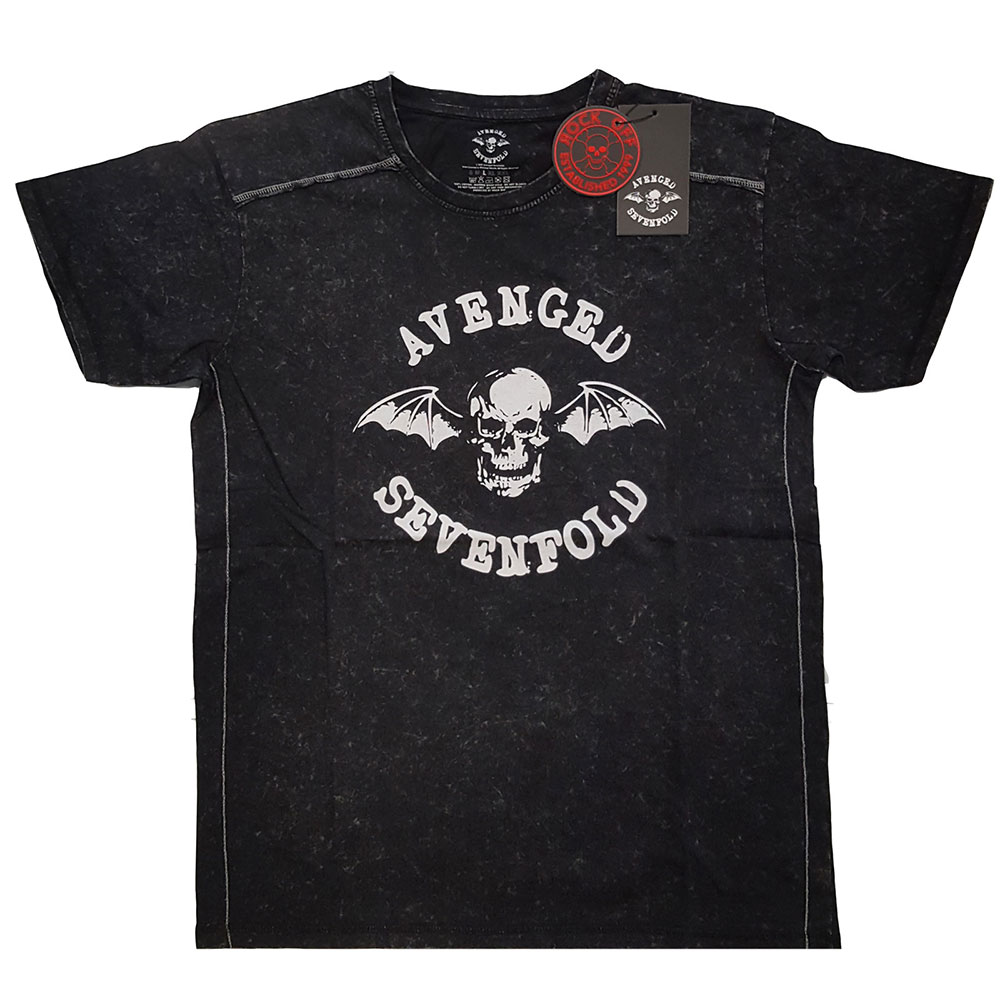 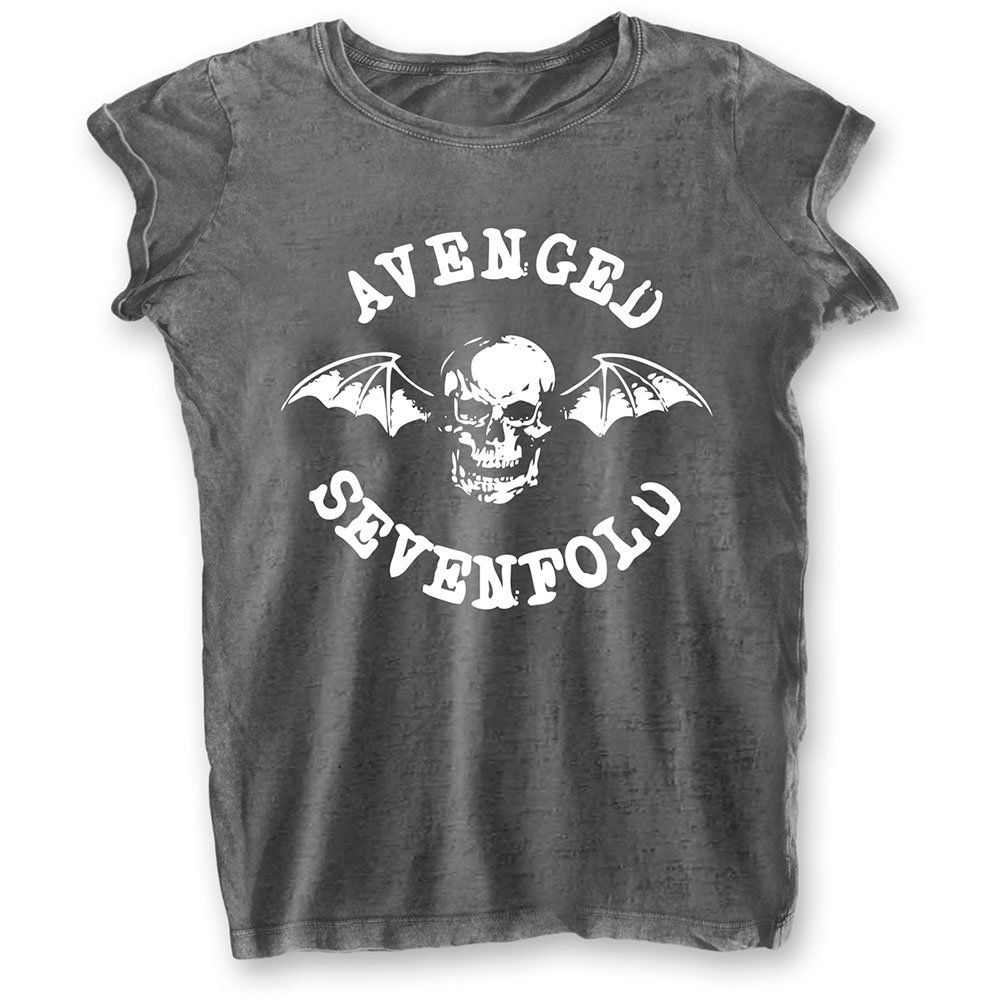 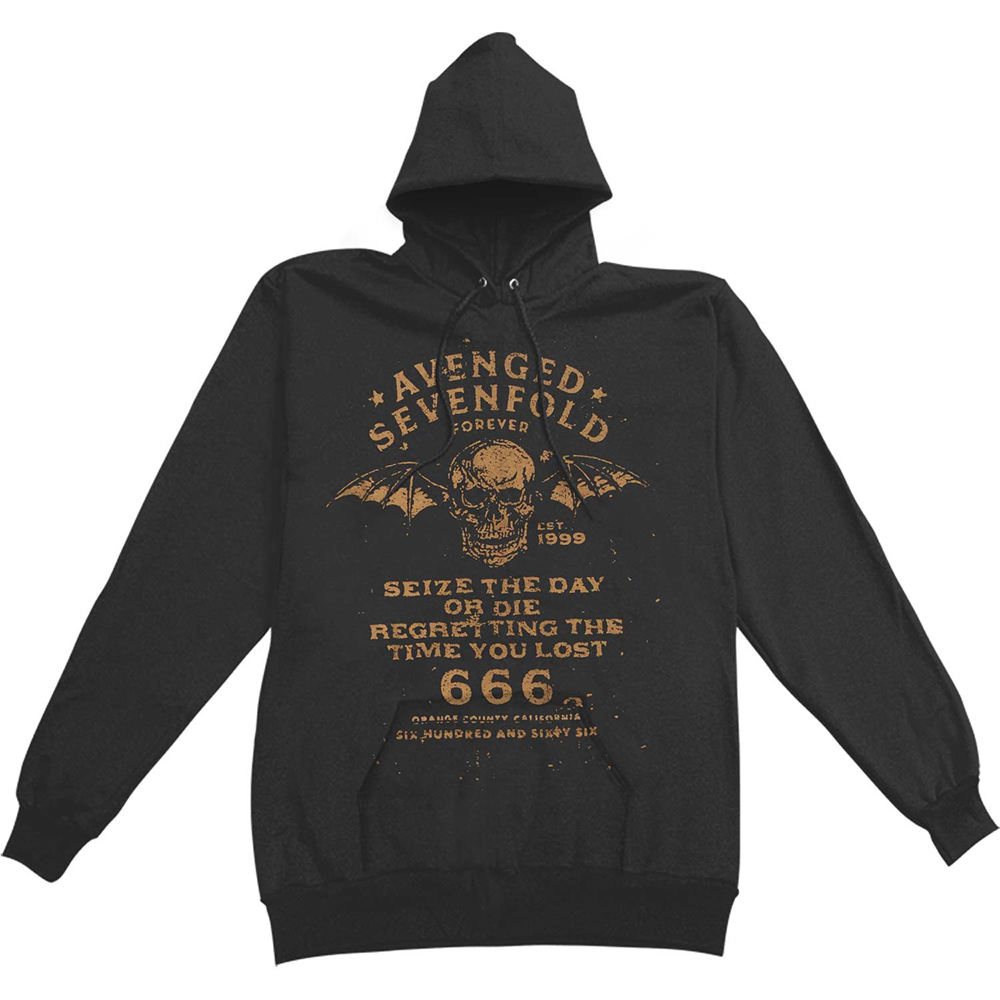 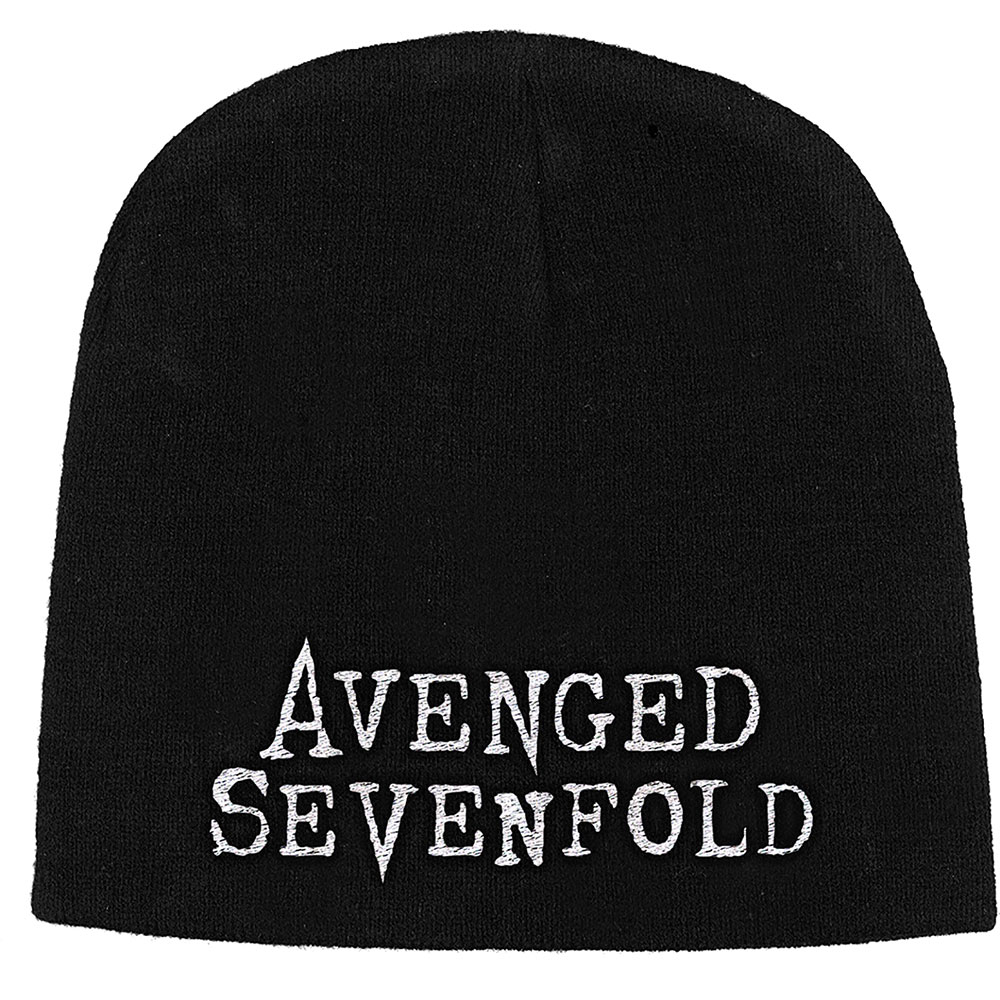 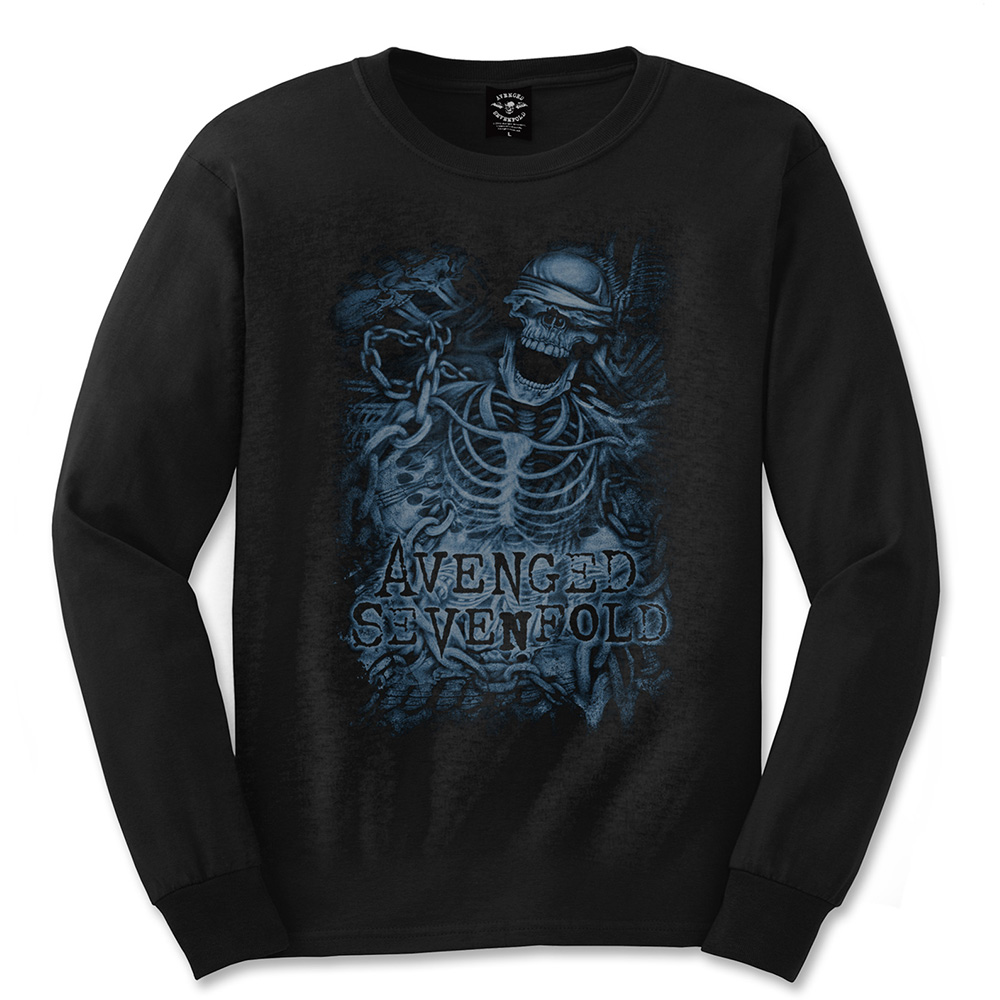 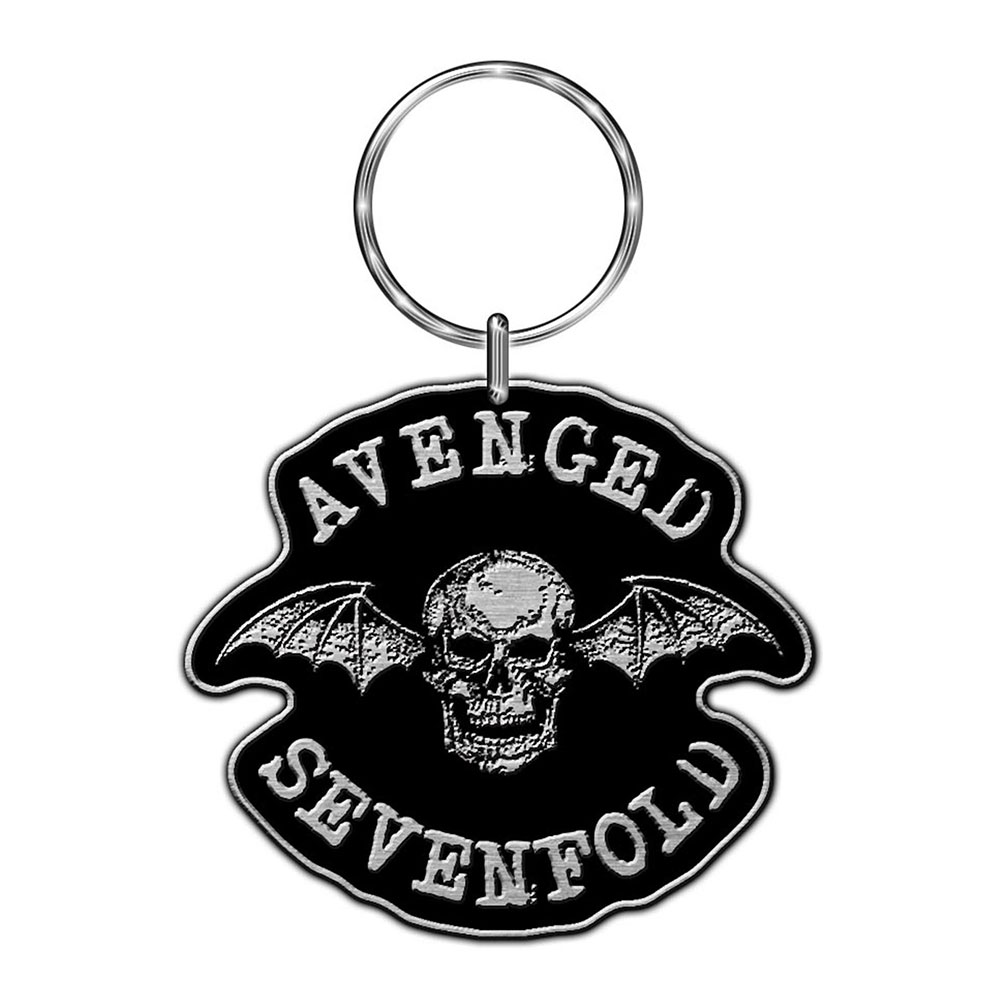 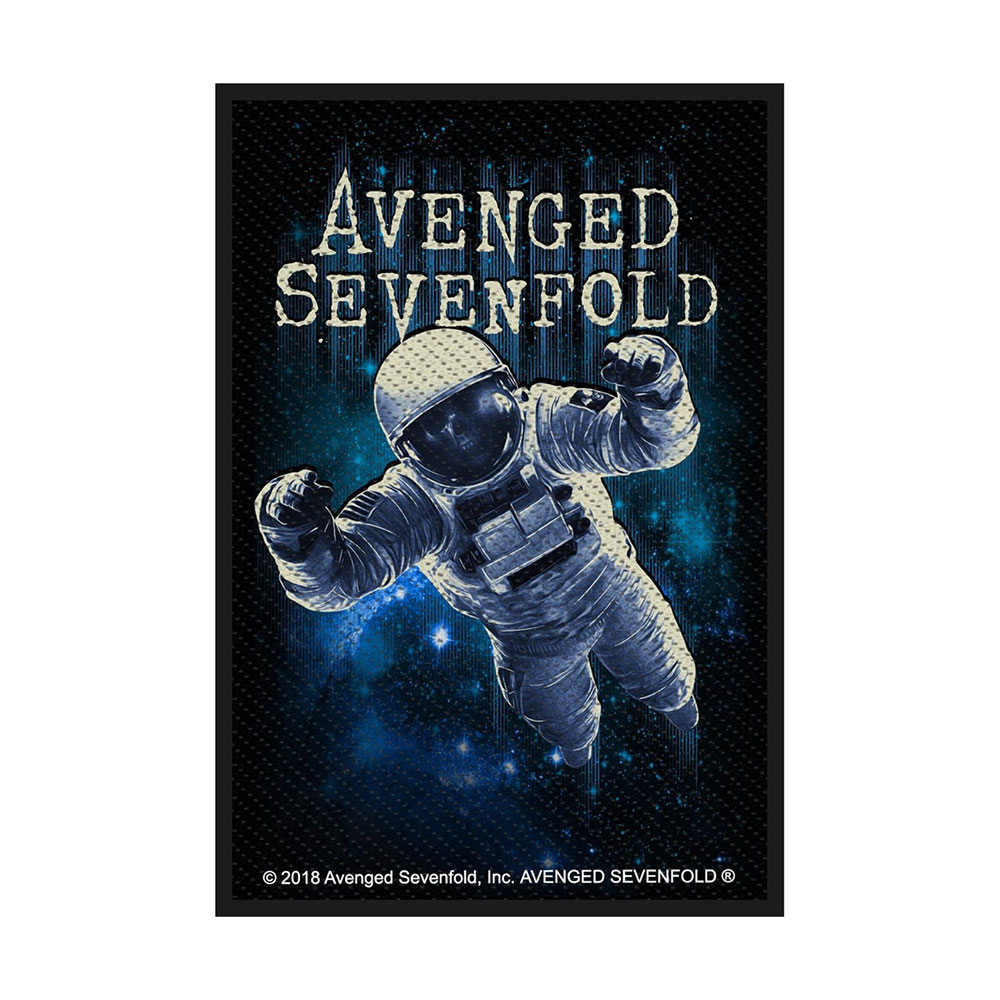 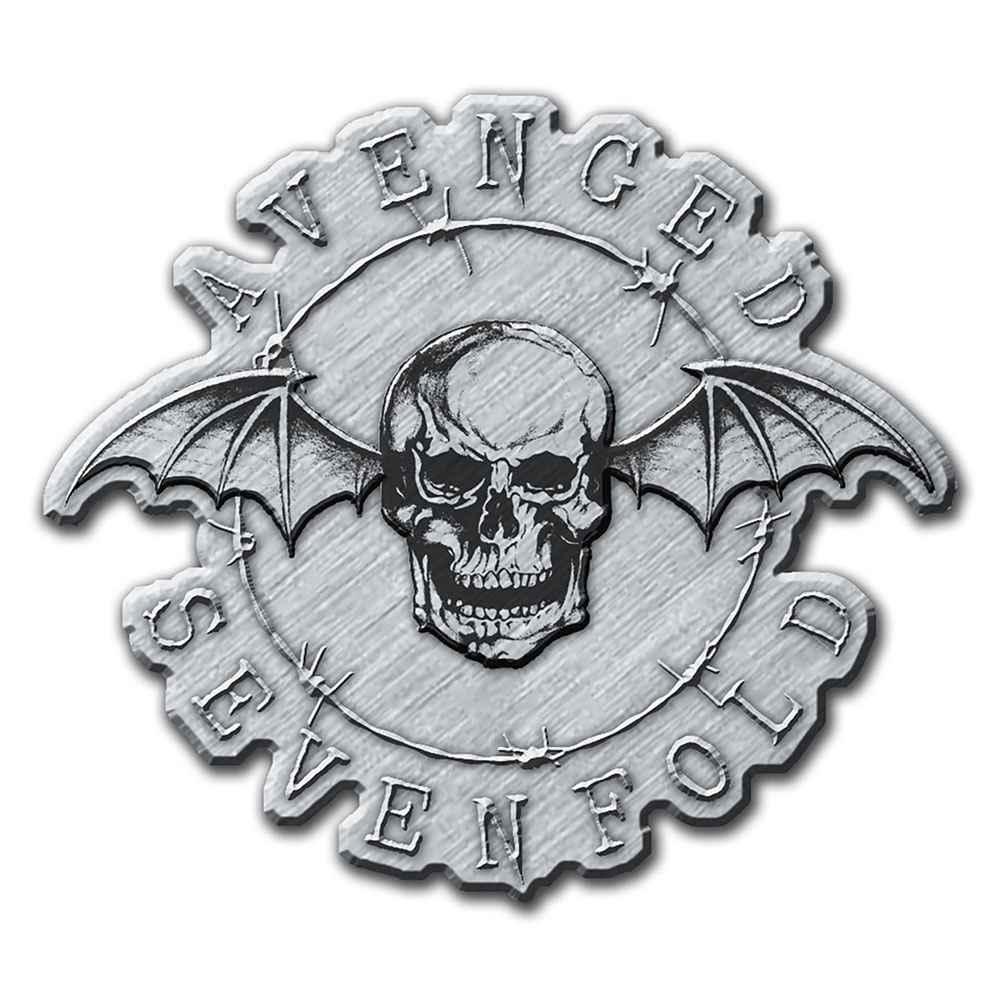 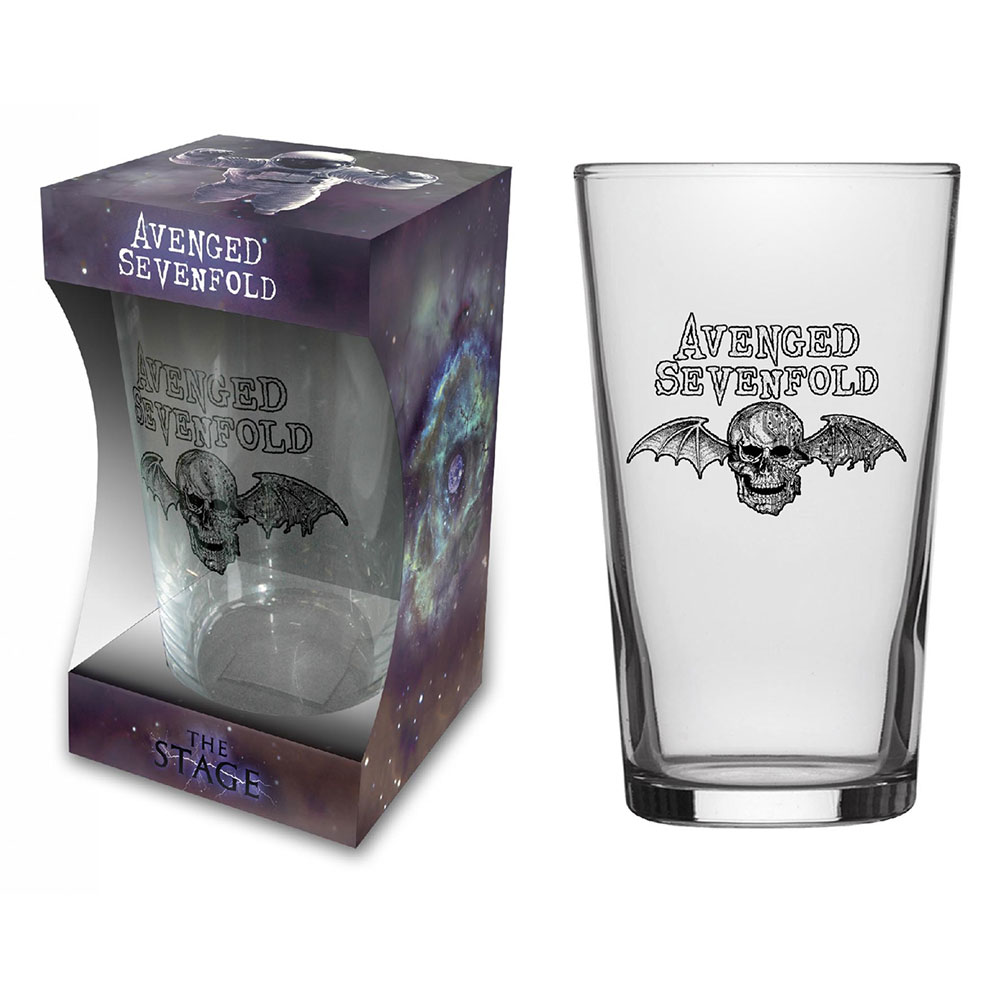 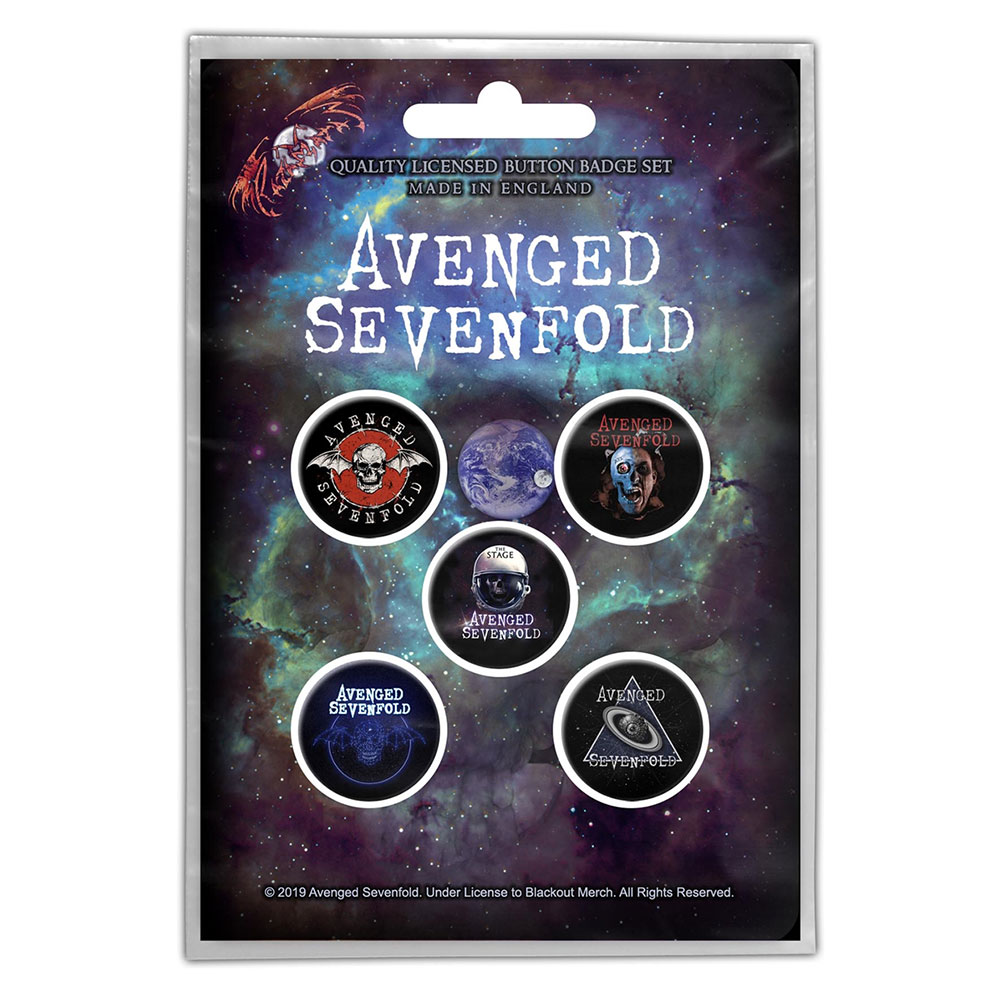 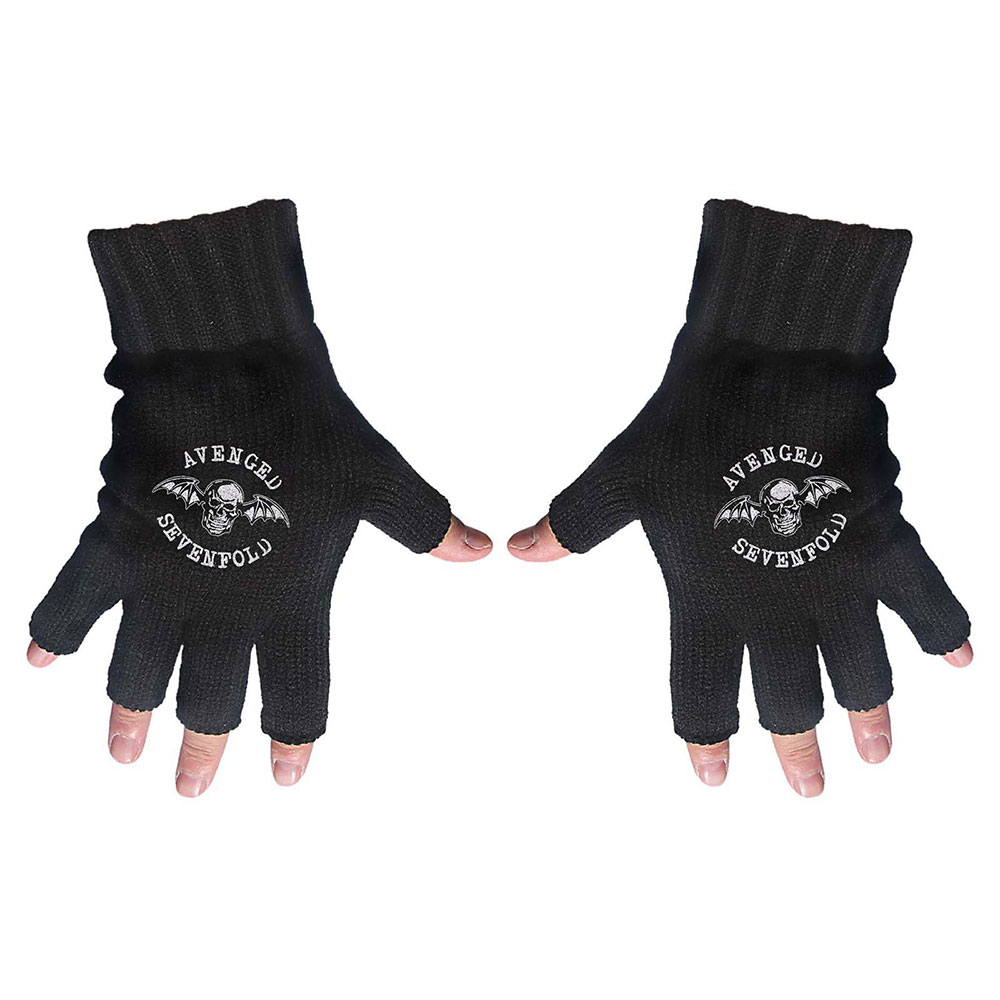 Early years: 1999-2004
The band was formed in 1999. Avenged Sevenfold's first album, Sounding the Seventh Trumpet was originally released on their first label, Good Life Recordings. After lead guitarist Synyster Gates joined the band (right after Sounding the Seventh Trumpet was recorded in 2000), the introductory track "To End The Rapture" was re-recorded with Gates playing, and the album was re-released on Hopeless Records. Their follow-up album, entitled Waking the Fallen, was also released on Hopeless Records and was awarded a positive rating in Rolling Stone magazine. Shortly after its release, A7X was signed to Warner Bros. Records.

Mainstream success with City of Evil: 2005
The third album, City of Evil, which was released on 7 June 2005, strayed away from the earlier albums, and M. Shadows chose to abandon the screaming from the first two albums. Although Shadows acknowledges throat and vocal cord damage, and having surgery to help correct the issues, he says that the change in vocal style was not a result. In their new DVD "All Excess", Mudrock, producer of Avenged Sevenfold's second and third albums, said that prior to Waking the Fallen, Shadows had stated that he wanted a CD with half-screaming, then one with no screaming, which was achieved in City of Evil. But he maintains that he is able to scream even better since the surgery and training with vocal coach Ron Anderson, who worked with various artists including Axl Rose, Kylie Minogue and Chris Cornell.[1]

All Excess and Avenged Sevenfold: 2006-2007
In 2006, A7X completed a worldwide tour, including the US, England, Europe, Japan, Australia and New Zealand. After canceling fall and winter 2006 tour dates, the band announced that it was planning its fourth studio album, a self-titled album, initially scheduled for release on October 16, but was delayed for two weeks to complete the bonus features. M. Shadows had stated that it is not a City of Evil Part 2 or Waking the Fallen Part 2, but he says it will attract fans of both original albums while still being a surprise.[2]

To "tide fans over" until the release of the new album, Avenged Sevenfold released their first DVD, All Excess, on 17 July 2007. The DVD includes a documentary and live footage dating back to 1999 along with music videos and the making of the Seize The Day music video. It is a region-free DVD and is approximately 156 minutes long. Before the actual release of the DVD, there were several theatrical premiers around the United States on 16 July 2007.

The album was released on October 30 to early success, debuting at #4 on the Billboard 200 with approximately 94,000 copies sold.[3] Two singles, "Critical Acclaim" and "Almost Easy" along with its music video, were released prior to the album. The third single, "Afterlife" and its video will be released in early 2008. A third music video was made for "A Little Piece of Heaven." It is currently available exclusively to Avenged Sevenfold MVI owners.

Recent Events: 2008-Present
The band has been announced as the headliners for the American and Canadian 2008 Taste of Chaos which will take place through February and March. Joining them are bands such as Atreyu, Bullet For My Valentine and Blessthefall. Avenged Sevenfold will also be touring with Iron Maiden in the summer. This was confirmed on their MySpace via a bulletin.

On January 16, the band announced that they would be releasing an unreleased B-side track "Crossroads" to F.A.N. members using the Avenged Sevenfold MVI on January 17.

On january 24th they were confirmed to be supporting Iron Maiden at Twickenham Stadium on July 5, Paris Bercy July 2 and 3 and a number of dates in Finland and Scandanavia on their "SOMEWHERE BACK IN TIME WORLD TOUR".