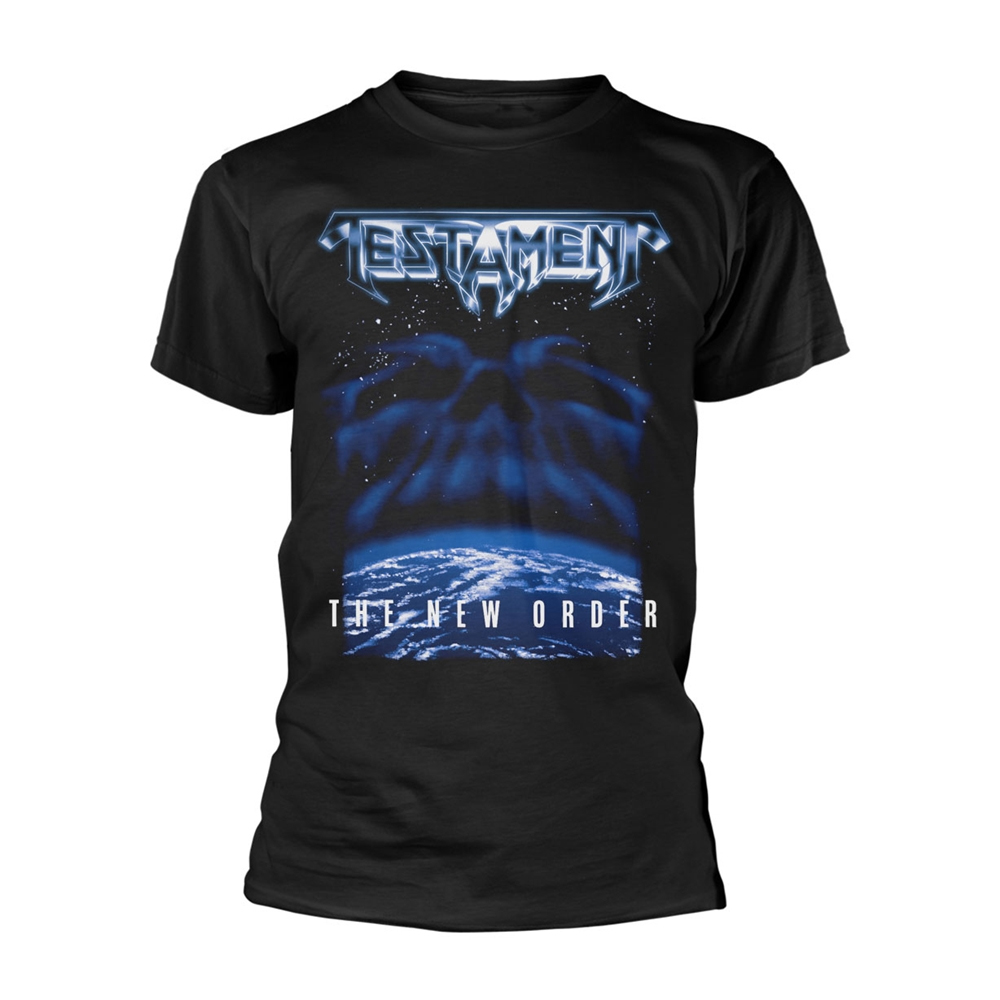 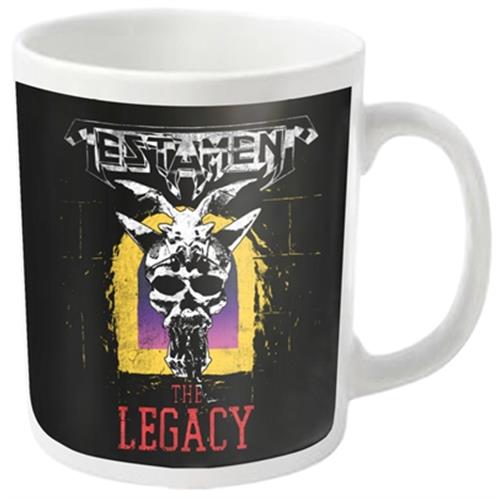 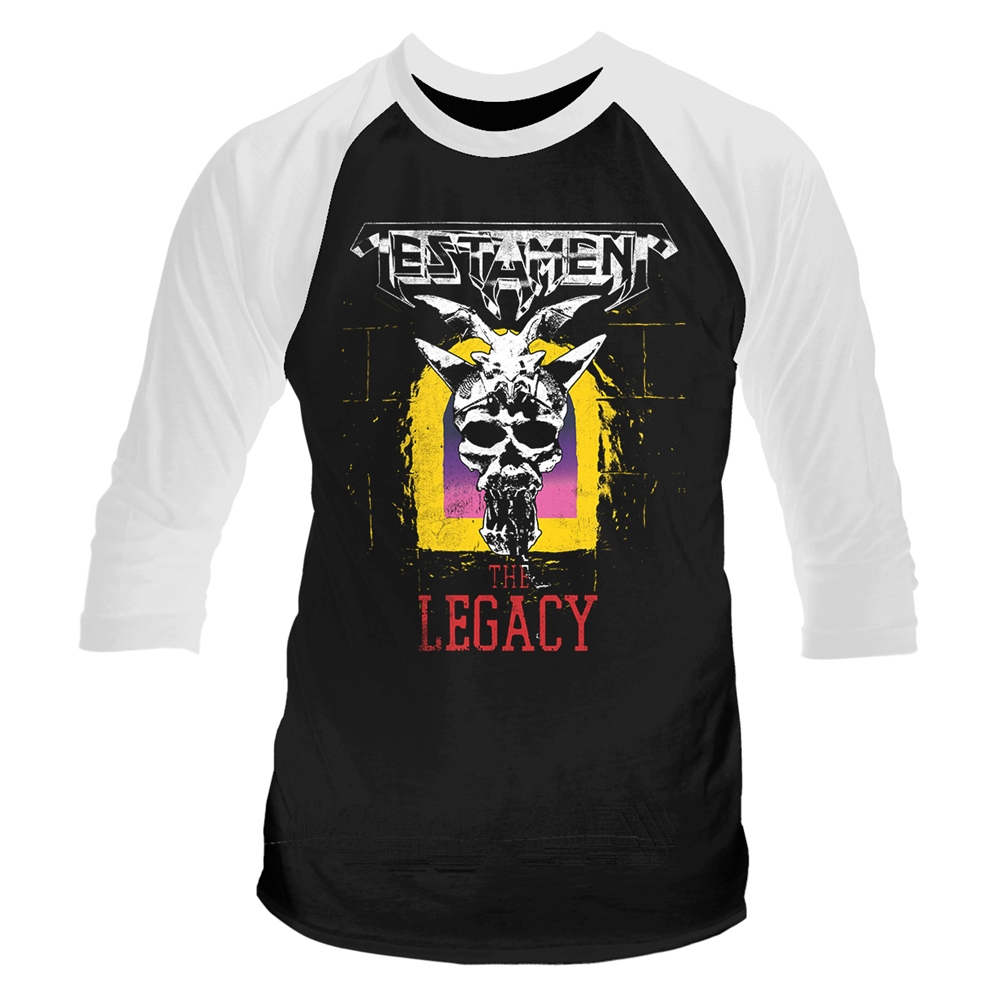 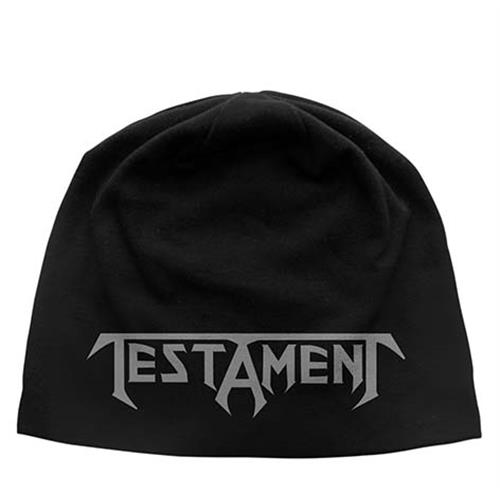 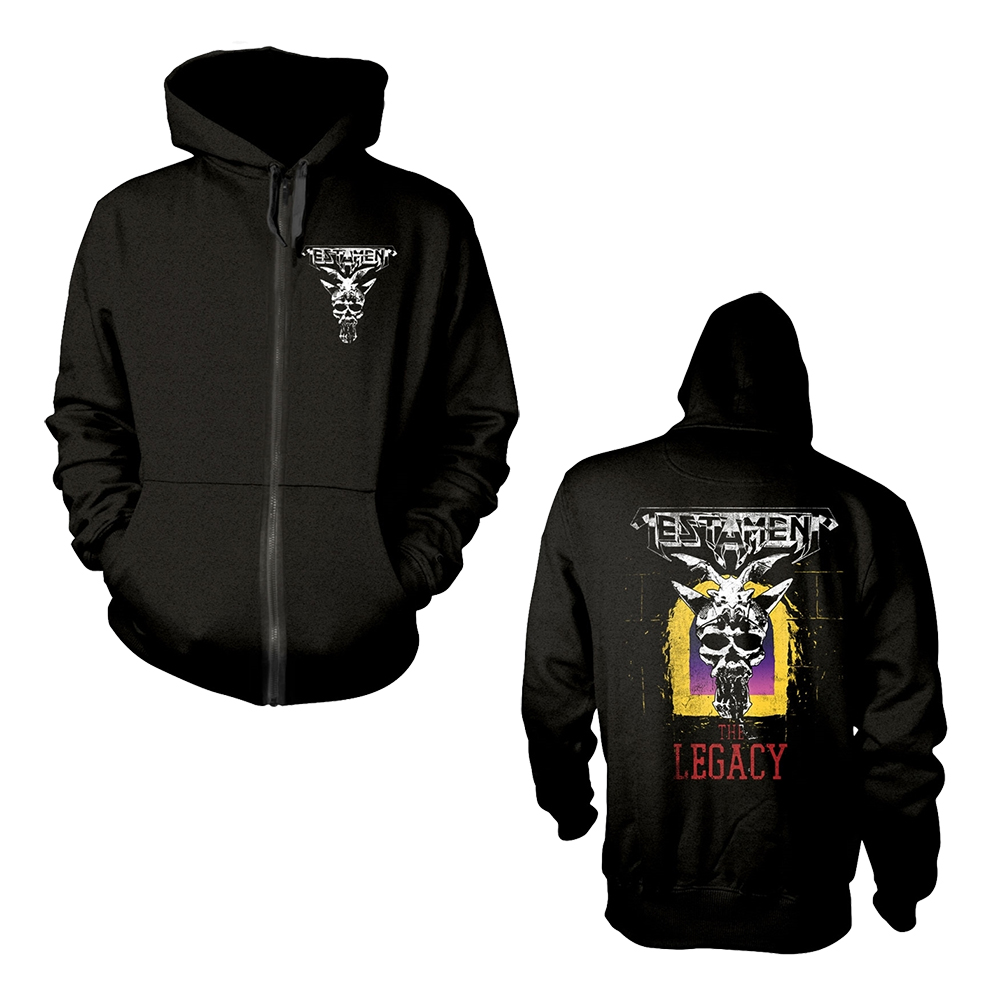 Prophecy is a territory explored only by brave men and warriors. The two are not necessarily mutual but the differences between them are certainly marginal. And truly, the best prophecies come from those who aren’t necessarily seeking to be prophetic, but who simply step forward into those dark, uncomfortable places because their need for honest expression is total, no pre-determination, no intent, just pure, raw gut delivery of truths as seen.

Testament have found themselves in the prophecy business before during their 25 year career, and with “The Formation Of Damnation” they have delivered their sharpest, leanest, heaviest and most prophetic set of songs for two decades. The quintessential modern heavy metal band, the undisputedly enormous influence over a whole nu generation of aural aggressors. With "The Formation Of Damnation" Testament have deliciously served up 'old school' without the old, a crushingly heavy album without the weight of oppression, all crisp and lively like a ball-pin hammer-wielding maniac intent on bashing your brains to a pulp. It crackles with the type of vibrant energy that comes from an umbilically connected creative core writing together for the first time in over ten years, their reserves of residual anger, aggro and raw visceral riffery greater than ever. Recorded at Driftwood Studios in Oakland, CA (except for the drums which were done at Fantasy Studios in Berkeley) and mixed at Backstage Studios in Derbyshire, UK, “The Formation Of Damnation” is a worthy sibling of previously lauded Test-efforts such as “The Gathering” whilst behaving very much like the older, wiser brother of 1988’s “The New Order.”

“The New Order” had also been inspired by George Orwell’s ‘1984’,” continues Alex Skolnick, “that whole vision of complete government control and totalitarianism taking over the US, as well as disasters both man-made an natural. Here it is years later and we have the Patriot Act, Hurricane Katrina and 9/11. So when you compare the two albums, it’s kinda spooky. And this album is no going to get filed under ‘easy listening’, that’s for sure.”

“It’s also absolutely about being older and wiser,” confirms Chuck Billy, “And now we also have children, their world is being affected, and everyday life generally throws up some heavy stuff, both national and personal, so all these songs are very much of our time and experiences. For example, over the last couple of years Eric and I both lost our fathers, so “The After Life” is about when we might next see them. Then there’s “The Evil Has Landed” which is about the twin towers, and at first I didn’t know if I wanted to sing about that, but once I performed it became clear that deep down I had to, and ‘Killing Season’ is one for all the soldiers we get letters and e-mails from during this war, it’s for those troops who get fired up by heavy metal before they go into combat and it’s my little contribution to the cause. And with all the songs I wanted us to make the statement that we’re stronger, more powerful and more confident than ever before. We’ve got the game!” “I think it’s the best record I’ve ever had anything to do with,” chuckles Greg Christian, “and not to sound conceited but it’s also really the best heavy metal record I’ve heard in a long time.”

Reaching this lushest of creative fields has been quite a journey for Testament, the sort that tests, stretches and ultimately breaks most bands. Formed in the Bay Area of Northern California in 1983 under the moniker of Legacy (the change to Testament came when Billy arrived to take over from Steve Souza on vocals and Derrick Ramirez was replaced by Skolnick), they grew up at the same time as Metallica, Slayer, Anthrax and Megadeth, being one of the five bands forming the core of what would become the world famous thrash metal scene. But from the beginning Testament trod a unique path, making sure that their extraordinary musicianship, intuitive feel for harmonies amidst the savagery established itself as a stand alone sound.

“I was in the band Forbidden back then,” says Paul Bostaph, “and I remember that us and other bands at the time might stumble across a riff, think about it and scrap it simply because it was too close to the Testament sound. They really did have their own style and their own dimension, which gave them an edge from the very beginning and influenced so many bands on the scene.”

1987’s debut release “The Legacy” threw down a marker, and by the time Testament were about to release 1988’s “The New Order” their legend was already hitting enormous popularity. However, their extreme talent got muddied and compromised by the weight of expectation, and while albums like -1989’s “Practice What You Preach" and 1990’s “Souls Of Black” continued to open the same creative doors for a slew of bands which Testament have always done, their level of recognition was perhaps not commesurate with their influence over an entire genre. Talent+personalities can equal problems, and thus it was that after 1992’s “The Ritual”, Clemente left and Skolnick decided it was high-time to essentially find himself and reclaim a few of the teenage years he lost.

“I was in high school, 11th grade, when I joined this band,” laughs Skolnick, “so I really needed to go away and grow as a person, as a musician and get the necessary confidence to enjoy this and gather the strength to make things happen and fight for changes. When I left Testament I still felt like the shy, annoying brother in the room; when I came back, I felt like a respected, professional musician.”

And so it was that for many years, the core creators behind Testament’s music remained separate. Friendships were maintained and good times still had, but musically, matters remained separate as Skolnick explored jazzier rock climbs, Christian engaged in his own projects whilst Billy and Peterson kept Testament alive with a series of different musicians coming in and out. Bostaph had his first short stint with the band in 1992 (in the midst of joining Slayer), whilst White Zombie and Anthrax drummer John Tempesta came in with death metal guitarist James Murphy to play on 1994’s “Low” album, perhaps Testament’s most progressive in terms of material range.

Peterson and Billy continued to fly the Testament flag, releasing the decidedly deathier tones of “Demonic” in 1997, whilst 1999 saw Murphy again on guitar with Slayer’s Dave Lombardo on drums for “The Gathering.” Arguably the album which led Testament back onto their path after a little radical experimentation in the recent past, “The Gathering” became a meeting point for dozens of hungry young metal acts looking for a new metal God. But Murphy was diagnosed with a brain tumor from which he did eventually recover, and in 2001, Billy was diagnosed with a rare form of cancer. It was to prove a life-affirming, as well as life-changing, event.

“I’m a big believer that things happen for a reason,” says Billy, “we never split on bad terms, we always kept in good contact, we saw them on the east coast, we always supported Alex when he came through town, and we never discussed getting back together, we’d just hang out. But when I got sick and there was Thrash Of The Titans concert, that was the first time a reunion of any sort happened. It broke the ice, Greg (Christian) put some stuff behind him with Eric and I to get up there, I performed a song with everyone and that was the start of it all coming together again.”

From that came the deeper realization that with a fair few years between them (not to mention oceans under bridges) it was time to jump to the next level and simply get creative with each other again.

“We didn’t ever plan this,” affirms Skolnick, “the reunion show in 2002 at the Dynamo was the catalyst, we never made any plans, we just enjoyed that show and then ended up doing a few more, which proved to us that now we’re older and more mature we can all enjoy being in this band. And once we’d done some extra shows in 2005, once we’d seen the reactions, once we’d seen a new audience mixing with the old, we just took things to the next logical progression.”

It is the journey to “The Formation Of Damnation” and the affirmation of the quintet’s chemistry which is one of the album’s strongest elements.

“Sometimes you can have a lot of ideas but keep on clashing the people you work with,” says Peterson, “and that’s what’s happened to us in the past. But with this album, we really do just appreciate what we have.”

“There’s been such a growth in our maturity and comfort with each other,” furthers Billy. “Eric’s developed into such a great rhythm player and Alex really acknowledged that as well as his creativity. Those two really gelled, and Alex also had a lot of input with arrangements, he really did fine-tune a lot of the songs.

“In some sense I took a step back from the writing this time because through it all, whatever differences we may have had, Chuck and Eric have kept Testament going,” explains Skolnick, “I knew they had a way of working together, so a lot of my work was assisting with their writing process. In some ways it was like a production role, and I’d never say I was a producer here because the album was in it’s early stages, and for the most part I really enjoyed the role.”

“It felt quite natural, especially as I know Eric’s writing so well,” adds Christian. “I know he had this vision in is head for the songs so I just did my best to help pull them out, and because we understand what each other are saying we can work really quickly. The chemistry between Eric, Alex, Chuck and myself is amazing, and it’s amazing how well Paul Bostaph has fitted in, really, on every level it’s been such a positive experience.”

“This is like family,” says Bostaph. “I’ve known all these guys for over 20 years, we’ve played together, bands I’ve been in have toured with them and I am a huge Testament fan, so joining this time was a huge no-brainer. And again, as Greg said, for me it was a case of giving myself to what this Testament album needed, and that was my only focus, making sure that the band got exactly what it needed from it’s drummer.”

In closing, take a moment to consider the following…

“It’s of our time right now,” concludes Peterson, “the world we live in is rife with aggravation, politics is forever more about money rather than doing what’s right, we all keep taking from mother earth… human beings are basically done! We’re setting ourselves up big-time for damnation, and that’s what these songs talk about, from love to politics to holy wars, it’s all there, it's all written about.”

You probably don’t want to hazard a guess as to what Testament, the true societal prophets of rage, will be speaking of in 2028…