At The Gates Marchandise : Beanies 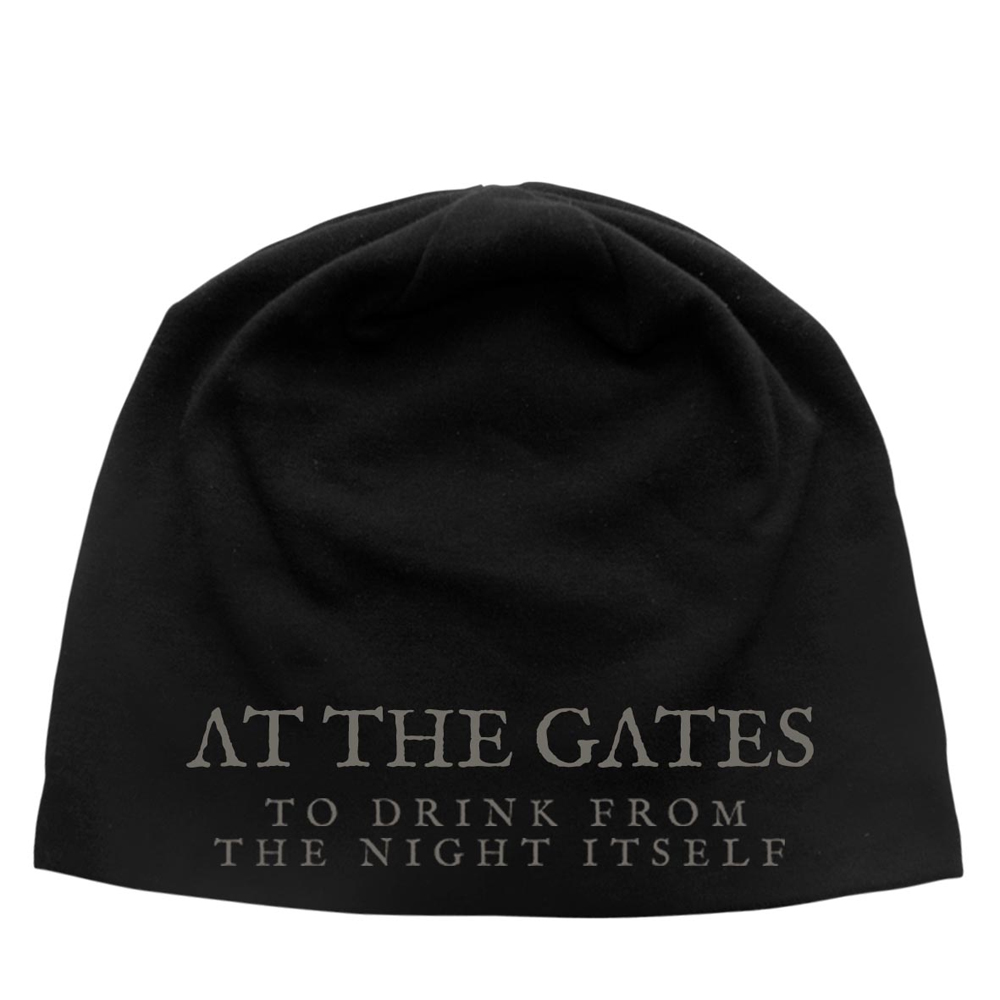 At The Gates
To Drink From The Night Itself (Discharge Beanie Hat)
€ 12,99

At the Gates was a melodic death metal band from Gothenburg, Sweden, and a major progenitor of the Gothenburg death metal sound. Initially active from 1990 to 1996, the band reformed in 2007 for a reunion tour. The last show was on 21 September, 2008 in Athens.

At the Gates was formed in 1990 by former members of the pioneering death/black metal band Grotesque. They recorded a debut EP, Gardens of Grief, for the Dolores record label, and sold cassettes, vinyls, and XL t-shirts to promote the recording. The EP led seminal metal label Peaceville Records to sign the band, and they released their debut full-length album, The Red in the Sky Is Ours, in 1992, an album with an eclectic sound, featuring for instance neoclassical arrangements and even a string solo.

After the recording of their second studio album, With Fear I Kiss the Burning Darkness, founding member and guitarist Alf Svensson left the band in 1993 to pursue tattoo artistry, comic illustration, and his solo electronic-opera-black metal project Oxiplegatz. He was soon replaced by former House of Usher Martin Larsson, whom the band got to know during their early tours. The band continued touring Europe, and were filmed for a Headbangers Ball special featuring a tour date in the United Kingdom in July 1994.

In 1994, At the Gates released their third album, Terminal Spirit Disease, which was hailed as a breakthrough album. It contained only six new songs, but showed that the band's sound had progressed immensely in only one year, in terms of playing and production

The band continued touring and in 1995 released their most commercially and critically successful album, Slaughter of the Soul, on Earache Records. This album firmly rooted the band as one of the leaders of the Swedish metal scene, and is considered a benchmark album in the Gothenburg sound.

The band received international attention for the album, gaining them a U.S. tour and heavy rotation of the music video for "Blinded by Fear" on MTV in America, but despite this international success, the Björler brothers departed in 1996. The remaining members decided it would be impossible to continue without them, so the band was broken up.

When At the Gates broke up in 1996, drummer Adrian Erlandsson, bassist Jonas Björler, and guitarist Anders Björler formed The Haunted. Tomas Lindberg has worked with many bands including Skitsystem, The Crown, Lock Up, and Nightrage and is currently in The Great Deceiver and Disfear. Adrian Erlandsson left The Haunted to join Cradle of Filth. In 2001, Peaceville Records released an At the Gates retrospective called Suicidal Final Art.

Anders Björler commented on the reunion:
“ Well, it felt like the timing was right for once. We have been talking about a possible reunion for years now, but this was the first time everything fell into place. For me personally, it feels like getting closure. The break-up over ten years ago was abrupt and left a bad vibe between us that took years to get over. We have a better relationship today and a more relaxed approach to who we are and what we do. The time is right to get together and play some shows.

On the band's official website, Björler declared that "it would be pointless to release something more than ten years after Slaughter of the Soul" and "would just disappoint people.

When asked in October 2007 if the band was planning on writing a new album, Lindberg replied:
“ No new record will be recorded. The legacy of Slaughter of the Soul will remain intact. It would be fun to write together, but not under the name of At the Gates.”

Throughout July 2008, they toured the US and Canada on what was dubbed the "Suicidal Final Tour"[9], and played their final UK show at Bloodstock Open Air on Sunday on 17 August 2008. They finished their last show in Athens, Greece, with guest The Ocean on 21 September, 2008.

The band's performance at Wacken Open Air in 2008 is available on The Flames of the End, which also includes clips of songs from other venues and a documentary that covers the reunion in its entirety.