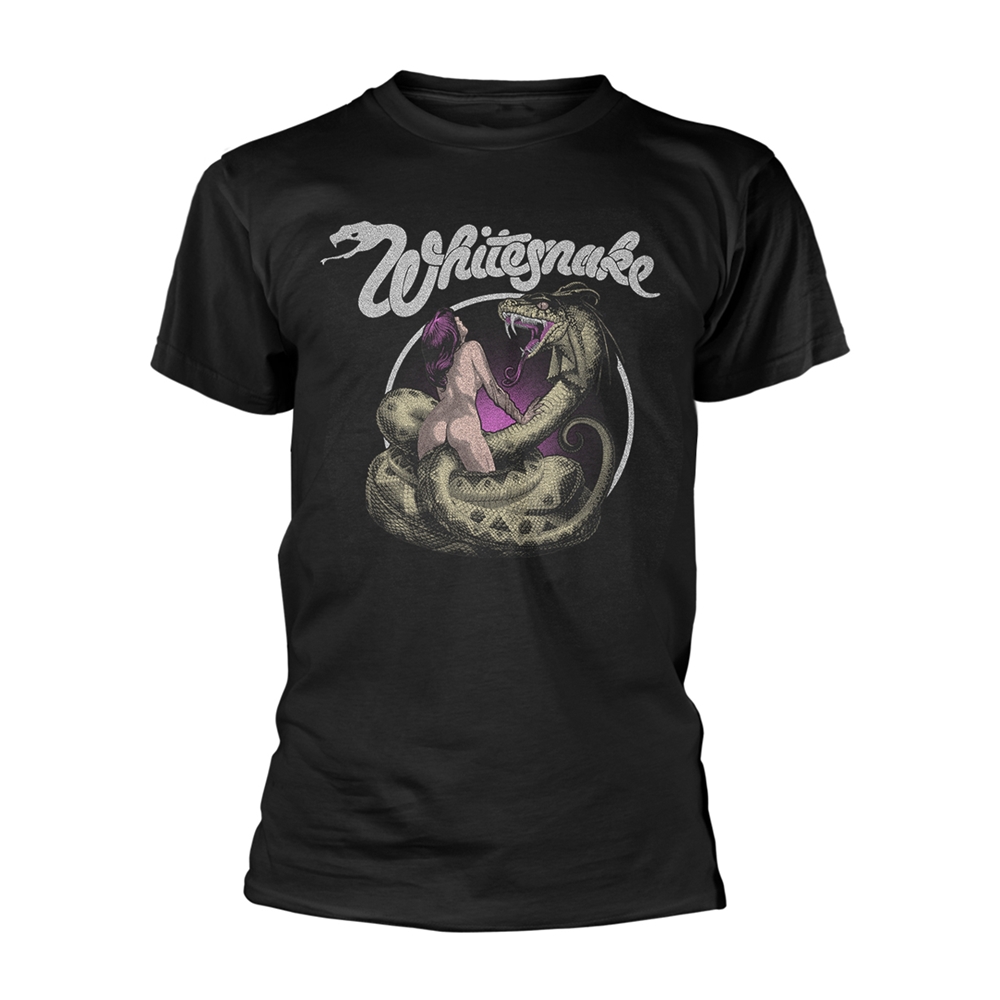 After recording two solo albums, former Deep Purple vocalist David Coverdale formed Whitesnake around 1977. In the glut of hard rock and heavy metal bands of the late '70s, their first albums got somewhat lost in the shuffle, although they were fairly popular in Europe and Japan. During 1982, Coverdale took some time off, so he could take care of his sick daughter. When he re-emerged with a new version of Whitesnake in 1984, the band sounded revitalized and energetic. Slide It In may have relied on Led Zeppelin's and Deep Purple's old tricks, but the band had a knack for writing hooks; the record became their first platinum album. Three years later, Whitesnake released an eponymous album (titled 1987 in Europe) that was even better. Portions of the album were blatantly derivative -- "Still of the Night" was a dead ringer for early Zeppelin -- but the group could write powerful, heavy rockers like "Here I Go Again" that were driven as much by melody as riffs, as well as hit power ballads like "Is This Love." Whitesnake was an enormous international success, selling over six million copies in the U.S. alone.

Before they recorded their follow-up, 1989's Slip of the Tongue, Coverdale again assembled a completely new version of the band, featuring guitar virtuoso Steve Vai. Although the record went platinum, it was a considerable disappointment after the across-the-board success of Whitesnake. Coverdale put Whitesnake on hiatus after that album. In 1993, he released a collaboration with former Led Zeppelin guitarist Jimmy Page that was surprisingly lackluster. The following year, Whitesnake issued a greatest-hits album in the U.S. and Canada -- focusing solely on material from their final three albums (as well as containing a few unreleased tracks).

1997 saw Coverdale resurrect Whitesnake (guitarist Adrian Vandenberg was the only remaining member of the group's latter lineup), issuing Restless Heart the same year. Surprisingly, the album wasn't even issued in the United States. On the ensuing tour, Coverdale and Vandenberg performed an "unplugged" show in Japan that was recorded and issued the following year under the title Starkers in Tokyo. By the late '90s, however, Coverdale once again put Whitesnake on hold, as he concentrated on recording his first solo album in nearly 22 years. Coverdale's Into the Light was issued in September 2000, featuring journeyman guitarist Earl Slick.