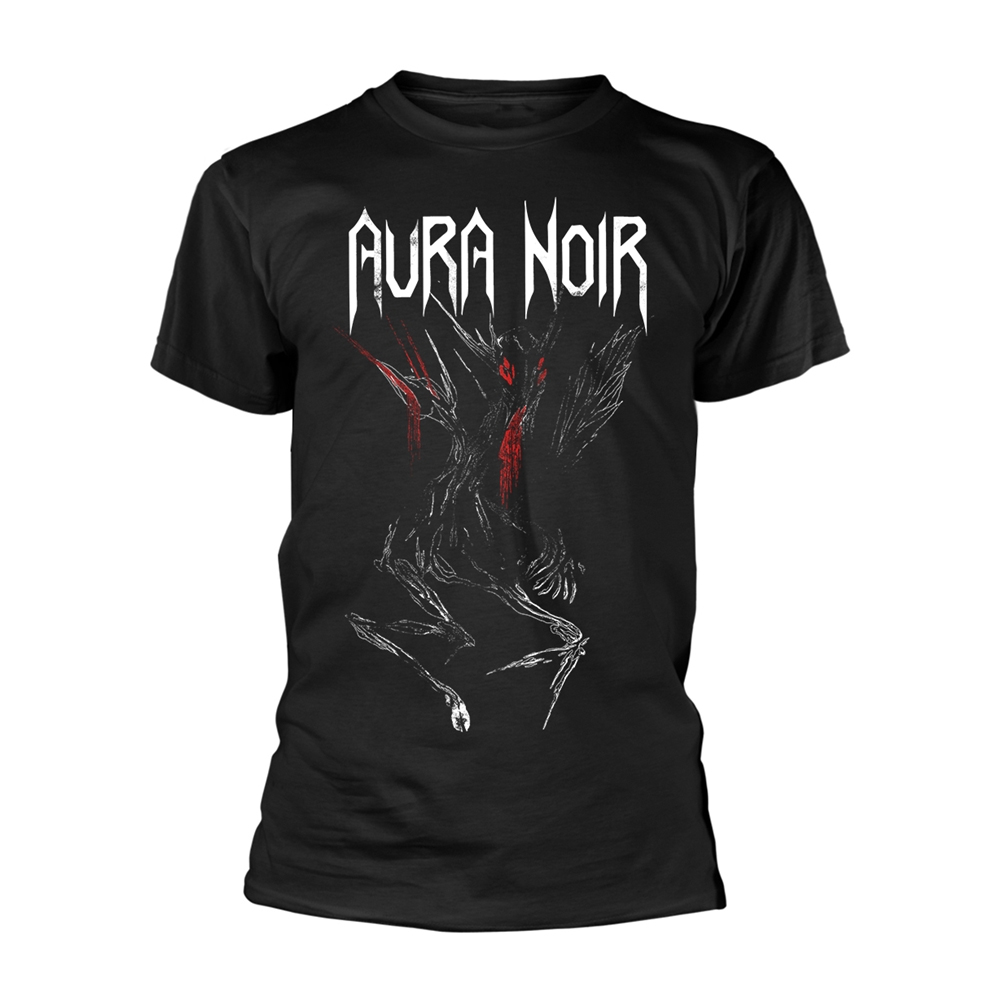 Aura Noir is a black metal/thrash metal band from Oslo, Norway. Aura Noir is heavily influenced by early thrash bands such as Slayer, Sodom and Kreator, to the latter they have also dedicated some of their songs. The band's main lyrical themes focus on blasphemy, death, and aggressiveness.

The band was formed in 1993 by Aggressor (Carl-Michael Eide) and Apollyon (Ole Jørgen Moe), who sent out a couple of demos before releasing the underground EP Dreams Like Deserts in 1995. In 1996, they were joined by Mayhem guitarist Blasphemer (Rune Eriksen), who contributed to the release of Black Thrash Attack, their first full-length CD[1].

In 2004, they were the first band to be signed to Tyrant Syndicate Productions, a sub-label of Peaceville Records, run by Nocturno Culto and Fenriz (both of Darkthrone). They released their next album The Merciless, which featured Nattefrost of Carpathian Forest and Fenriz on guest vocals[2].

The band was put on hold after Aggressor was in an accident in late March, 2005. It is alleged that he either jumped or fell out from a fourth floor window, and landed on his legs after falling ten metres. In May 2006, Aggressor appeared as a guest in the Norwegian radio programme Tinitus, where he confirmed he is confined to a wheel-chair due to being paralyzed from the ankles down[3].

Despite this setback, the band continued to record new material, which resulted in a new full-length album, Hades Rise, being released on August 25, 2008.[4]