Me First And The Gimme Gimmes Merchandise : Womens T-Shirts 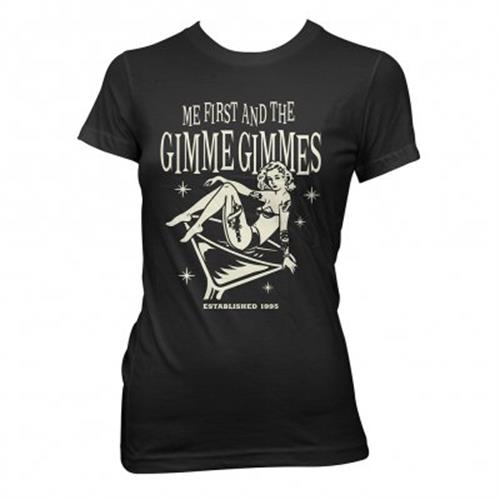 Me First and the Gimme Gimmes is a punk rock cover band that formed in 1995. Drawn together by a mutual love of 1960s and 1970s music, the Gimme Gimmes work exclusively as a cover band. They have covered songs from such artists as Cat Stevens, Neil Diamond, Billy Joel, and John Denver. The band is named after a children's book of the same name by Gerald G. Jampolsky and Diane V. Cirincione.

The Gimmes have a habit of wearing quirky matching costumes during their live shows. Some of the themes match the albums, such as their latest set of cowboy outfits for Love Their Country or in drag as various characters from musicals in Are a Drag. They have also done pajamas, red suits, cheerleader costumes, shiny suits with fezzes, and during one show on the Warped Tour, dressed as AFI. Easily the most common and popular costume set is their matching Hawaiian shirts, of varying styles and lurid colors over the years.