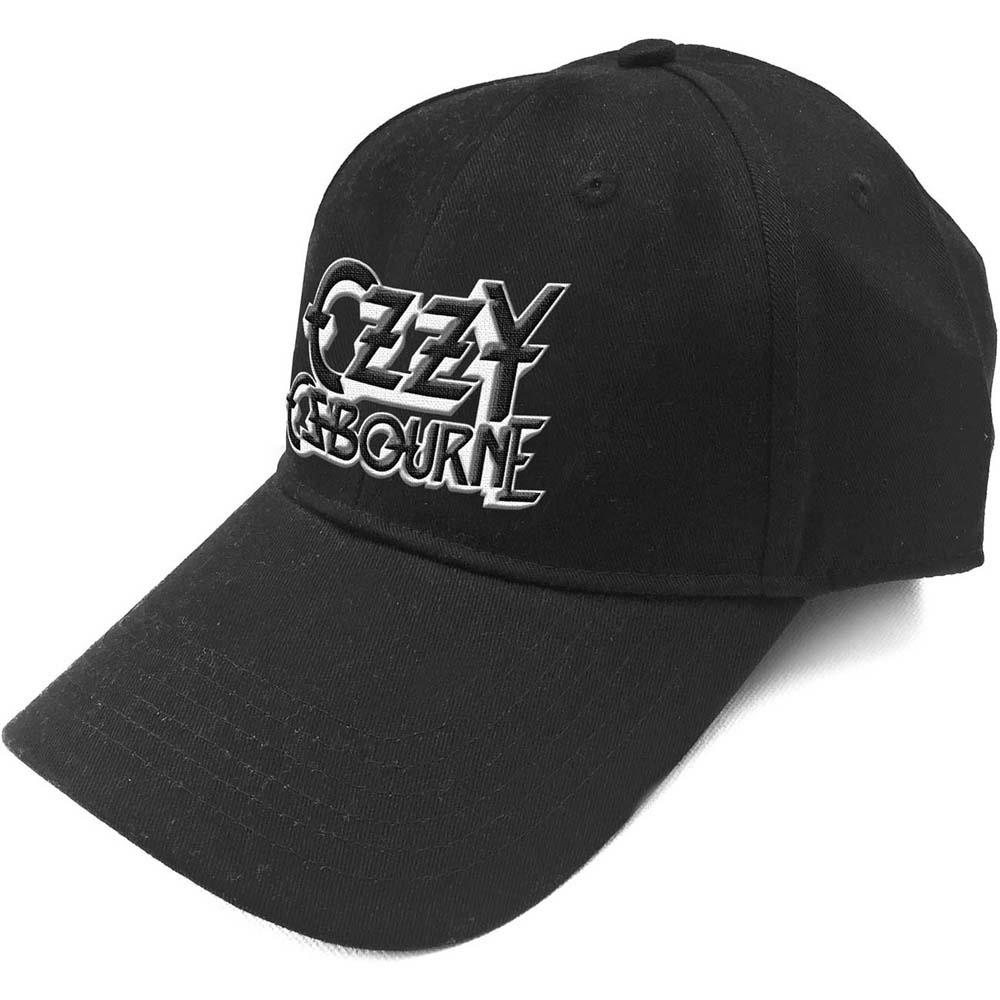 Though many bands have succeeded in earning the hatred of parents and media worldwide throughout the past few decades, arguably only such acts as Alice Cooper, Judas Priest, and Marilyn Manson have tied the controversial record of Ozzy Osbourne. The former Black Sabbath frontman has been ridiculed over his career, mostly due to rumors denouncing him as a psychopath and Satanist. Despite his outlandish reputation, however, one cannot deny that Osbourne has had an immeasurable effect on heavy metal. While he doesn't possess a great voice (it's thin and doesn't have much range), he makes up for it with his good ear and dramatic flair. As a showman, his instincts are nearly as impeccable; his live shows have been overwrought spectacles of gore and glitz that have endeared him to adolescents around the world. Indeed, Osbourne has managed to establish himself as an international superstar, capable of selling millions of records with each album and packing arenas across the globe, capturing new fans with each record.

John Michael Osbourne began his professional career in the late '60s, when he teamed up with guitarist Tony Iommi, bassist Geezer Butler, and drummer Bill Ward to form Black Sabbath. The band, made unique by their slow, gloomy melodies and themes, released their self-titled album in 1970 and went on to release classic platinum records such as Paranoid and Master of Reality throughout the rest of the decade. After the 1978 album Never Say Die, Osbourne was fired from Black Sabbath, which led him to form his own solo project. With his new manager and wife, Sharon, Osbourne formed his own band, the Blizzard of Ozz, with guitarist Randy Rhoads, bassist Bob Daisley, and drummer Lee Kerslake. The group's self-titled first album was released in September 1980 in the U.K. and early 1981 in the U.S. Blizzard of Ozz had some of the same ingredients of Black Sabbath: the lyrics focused on the occult and the guitars were loud and heavy, yet the band was more technically proficient and capable of pulling off variations on standard metal formulas. Featuring the hit singles "Crazy Train" and "Mr. Crowley," Blizzard of Ozz reached number seven on the U.K. charts; it peaked at number 21 in the U.S., continuing to sell for over two years and becoming a huge success. Kerslake and Daisley were replaced with Tommy Aldridge and Rudy Sarzo shortly before the subsequent November release of Diary of a Madman. This album, which included the drug ode "Flying High Again," charted at number 16 in the U.S. and became another huge seller. As the Diary tour went underway, sales for the album continued to improve as those of Black Sabbath waned.

Osbourne had no trouble in attaining mass audiences, and his career seemed to have peaked. However, controversy soon erupted when he was accused of animal cruelty: during one performance, a bat was thrown on-stage by a fan and Osbourne bit its head off while supposedly thinking that it was fake. The show was canceled when he had to be rushed to the hospital for a rabies vaccination. Not long afterward, Rhoads was killed in a bizarre plane accident, bringing the band's success to a screeching halt. Osbourne fell into a massive depression shortly after losing his best friend, and plans for his upcoming live album were soon changed. Instead of material recorded with Rhoads, 1982's Speak of the Devil featured live recordings of classic Black Sabbath material and was recorded with guitarist Brad Gillis. Osbourne was freed from his contract with Jet Records and showed up drunk at an Epic Records meeting with two doves, one of which he freed and the other of which he killed in the same manner as the bat; Osbourne was signed to the label. Jake E. Lee became Osbourne's new guitarist for the 1984 studio effort Bark at the Moon. While it didn't match the consistency of Blizzard of Ozz or Diary of a Madman, the record was equally successful, pushing the singer to embark on a tour with glam metal stalwarts Mötley Crüe. Although Bark at the Moon opened up to rave reviews, 1986's Ultimate Sin received rather harsh criticism. The album, although containing the hit single "Shot in the Dark," was regarded as Osbourne's worst studio effort by numerous critics, who claimed it was redundant and uninteresting; nonetheless, the album was another smash hit.

Osbourne resurfaced in 1995 with Ozzmosis, which, despite mixed reviews, sold three million copies within a year after its release. After the subsequent tour proved one of the best-selling of the summer, Osbourne created Ozzfest, a tour package that featured himself along with many other metal bands. While there were only two performances in 1996, a live album was nonetheless released, simply titled The Ozzfest.

2001 was greeted with the news that not only was Black Sabbath reuniting once again for the summer's edition of Ozzfest, but that the quartet was going to enter the recording studio in the fall with producer Rick Rubin to work on the original lineup's first all-new album since 1978's Never Say Die. Unfortunately, Epic Records caught word of Osbourne's plans and stopped both a post-Ozzfest tour with Disturbed and the album itself until he finished his solo record. Ozzy fans were given the double-disc Ozzfest: Second Stage Live to tide them over in the meantime -- the collection included tracks from most of the bands that participated in the 2000 festival, as well as tracks from Ozzfest's inaugural 1996 lineup.

Finally, the new solo album Down to Earth appeared in the fall of 2001, followed by a few successful rock radio singles and a huge Christmas tour with co-headliner Rob Zombie. Meanwhile, inspired by an episode of MTV's Cribs starring his family, Osbourne and the network's producers took a chance on creating a reality show based around the infamous singer. Following his family around the house for several months at the end of 2001, the end result was The Osbournes, one of the most successful shows in the history of the network. The show, which was equal parts documentary and sitcom, reinvented Osbourne as a befuddled father with a razor-sharp wit and a loving family. It also proved to also be a critical success, and Osbourne found himself invited to a White House dinner to promote his animal protection activism, something that only came to light after an episode of the show dedicated to the family's numerous pets. A string of compilations followed Down to Earth, including 2005's Under Cover, a collection of cover songs. Ozzy returned to the studio the following year to begin work on a new studio album. The resulting Black Rain arrived in May 2007.